How women are treated at work and what women are able to do in work is an important discussion to have. This blog post is going to grow and change a little bit as new elements come to light, even on the day I published it!

Donald H Taylor recently published a follow up to his 2015 Women don’t get as far in L&D article, Women in L&D – still not at the top. Based on research of 2,635 members of the Learning and Skills Group, it showed that the senior roles in learning and development were filled more often by men than women. An infographic in the article highlights the split in the support roles as predominantly female, the practitioner and mid-authority roles as not quite 50/50 and the massive 69% of senior authority roles that are held by men.

This blog isn’t specifically about the gender pay gap, though that is part of the wider challenge for women in work.

The video below highlights the average differences between male and female pay, which in some cases is a lot. It’s important to note that this average includes both genders at the top and bottom, rather than like for like jobs. However it does highlight that if there are more senior men paid well (which there are a lot of), then this is where the huge disparities can come from.

Britain's big companies are revealing how much they pay men and women for the first time.

So far, 85% of the firms that have published figures say men take a bigger share of the wage bill. pic.twitter.com/powEjsGtKl

I’ve experienced men reacting differently to me based on wearing skirts rather than trousers and so on. I didn’t feel offended by it, but is it right that I noticed the difference? Did it have an impact on what or how I was doing something or perceived? Is this something you’ve noticed about yourself or others?

A fascinating article on gender in the Harvard Business Review by Gretchen Gavett shared a research study where people wore sensors at work to get data about their interactions, as well as email and meeting schedule data analysis. Shockingly, the results of the analysis showed: “No perceptible differences were observed in the behaviour of men and women. They had the same number of contacts, spent the same amount of time with senior leaders, and allocated their time similarly. They also spend the same amount of time in online and face-to-face conversations. Yet women weren’t advancing and men were.”

The study concluded with “Gender inequality is due to bias, not differences in behaviour.”

Another study looked at bias in online classes, with a field experiment about responses in forum posts from names that denoted gender and race. It found that “instructors are 94% more likely to respond to forum posts by white male students” and that “comments placed by white females are more likely to receive a response from white female peers”. This entrenched gender bias is something that we are not always aware of, but something that needs to be tackled not only at a societal level, but also within organisations.

Between the first version of this blog and the second publishing, I was having a Skype text chat with Vivien Hudson as a general catch-up and part of our conversation rang so true to me about the challenges we are discussing here.

Viv is talking about being busy and, before this screen grab, some of the effects that has on her as a person. But the response is a picture of a female super hero – a supermum. That this is just part of being a working mum and she has to get on with it.

And this I think typifies a some of the challenges with our own behaviour and how females are perceived. Viv has been selected for a keynote presentation, which is a huge professional accolade. And whilst excited, she also then immediately adds a comment bringing her down to earth.

Even this morning I got some feedback that I’m too self-deprecating, to the point that it’s annoying and impacts my credibility. And yet we are in a society where we don’t want to be seen as arrogant or big-headed. It’s a challenge. And thanks for the insight Viv and letting me share our conversation.

If you can’t see it…

Going back to Don Taylor’s 2018 article, he found that there were different reactions when he published the piece. There where the “I recognise this” from some women, the push back of “wrong article, wrong title” from a few men and an interesting third reaction from some other men, around the concept of “I’ve always had women bosses”.

On the positive, this is good news – that personal experience doesn’t trump the wider data, but it does add to the conversation. Don’s insight is looking beyond that experience, and focusing on what can’t be so easily seen, which is the blocker to that woman boss getting to the next stage in her career and the organisation hierarchy.

Don comments on the findings that “as men, it’s not part of our direct experience, so we need to be more vigilant to see evidence of it. That will come from keeping our eyes open, and – importantly – from having open conversations with women about their experience of work.”

If you can’t beat them, leave them?

Don and I got into a conversation about the research sample, the above notes, the “why” is this a problem as well as the “what” we can do about it. Something I had been pondering for a while, as a small business owner, is do more women leave organisations to start out on their own because of this?

In Don’s research he found that gender attainment of senior-authority roles by age showed that there was a difference (i.e. more men were senior) in people’s early 20s of 5%, through to a much bigger 11% by the time people are in their 50s, with that gap really growing from age 40 onwards.

However when Don and I dug into the unpublished data a bit more, I was surprised. Companies with 20-100 employees had 75% men and even smaller companies of under 20 employees had 70% men in their makeup. My experience is of knowing many female company owners, consultants or the self-employed – but my experience is very obviously biased!

What to do about it?

This is a huge issue, related to history, geography, culture and so much more. Looking at this through an international lens Sue Bryant wrote for Country Navigator with some ideas that can help women in different leadership cultures.

In this Training Journal article from 2015, women in senior L&D roles were asked how they got to their positions, with elements such as authenticity, establishing a reputation to have a voice and flexibility being commented upon. In the article, “finding the right organisation” was a key piece of advice. In Don’s article he points out that women appear more likely to achieve senior-authority roles in larger organisations. Why is that? Culture? HR policies? Something else you can suggest? 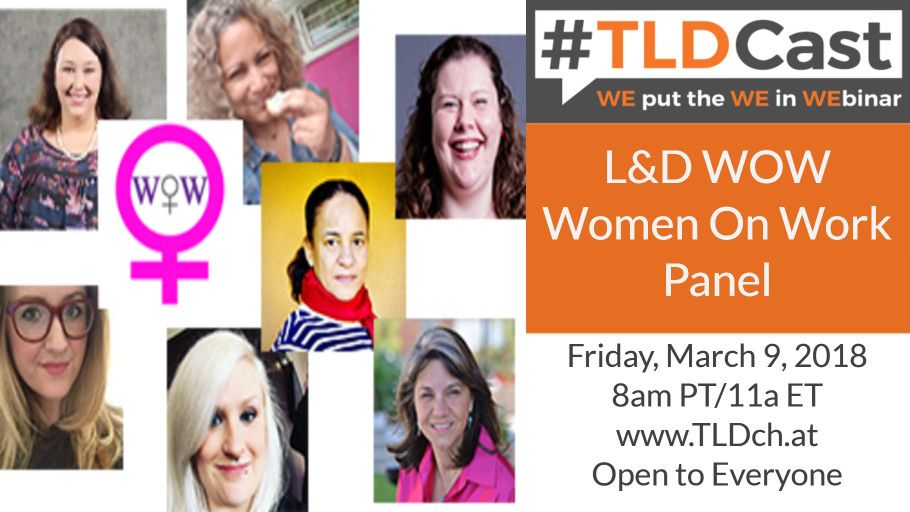 Watch the panel discussion I was a part of and of course, your thoughts and comments below.

The three inspirations in my life

Drop down your details and a quick description of what you are looking for. We’ll get in contact with more information and to arrange a time to speak in person.